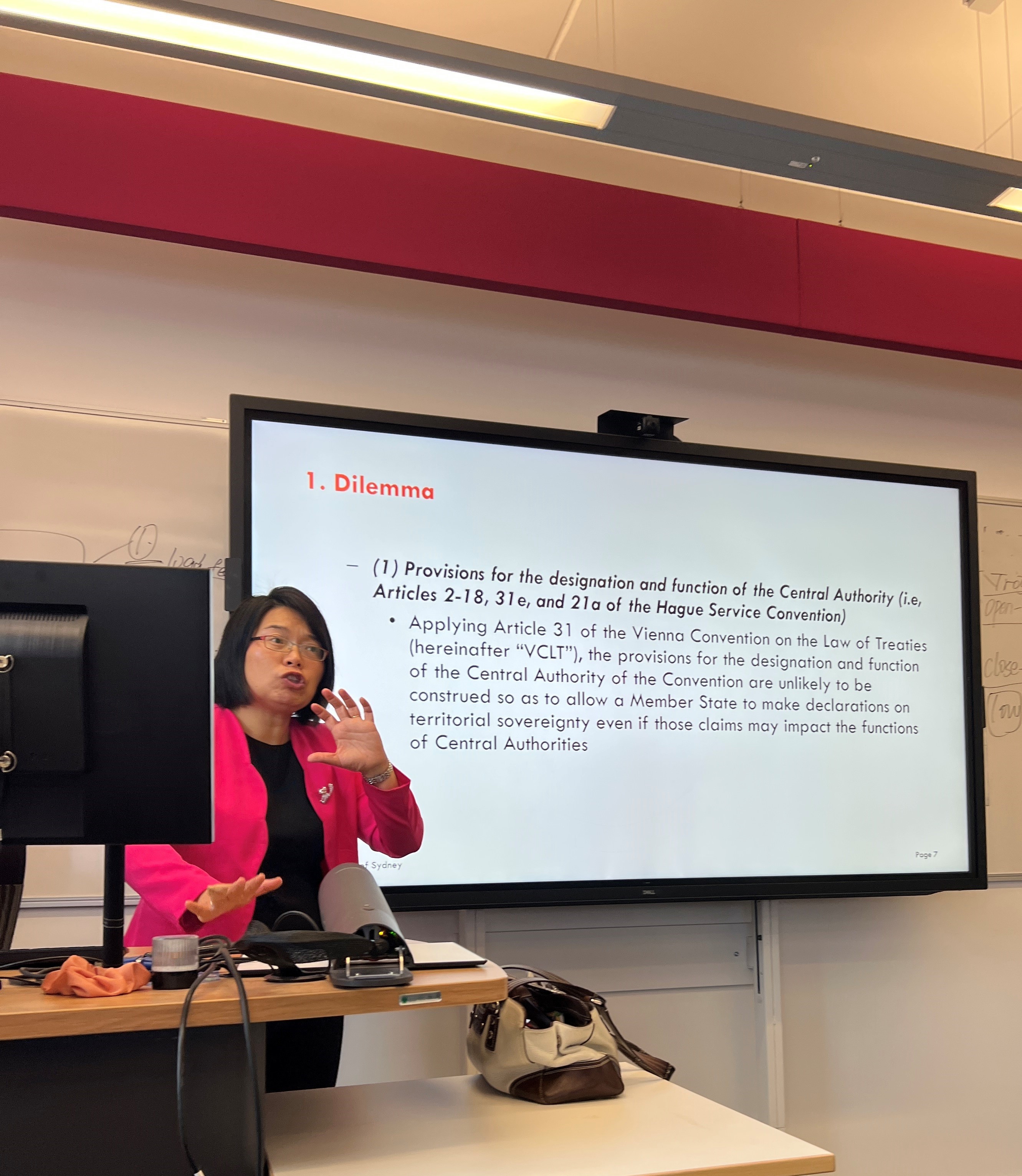 In November our first guest speaker of the academic year was Dr. Jie (Jeanne) Huang who is an Associate Professor at the University of Sydney Law School in Australia. Her prize-winning research focuses on conflict of laws (private international law), especially comparative studies between the USA, China, and Australia in dispute resolution and digital trade.

She presented a paper on ‘The 1965 Convention on the Service Abroad of Judicial and Extrajudicial Documents in Civil or Commercial Matters’ which  has increasingly been used by its member states to demonstrate their territorial claims, including in the Falklands dispute and the Israel-Palestine conflict. This has now arisen in the Russo-Ukrainian war, as conflicting declarations have been formulated by eight states under the Convention. This Essay analyses the legal dilemmas brought by these declarations and proposes preliminary solutions.  The session included some engaging Q&A from members of the research centre.