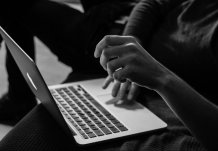 Dr Helm and Professor Nasu argue the best way to reduce the harmful effects of fake news is likely to be to prevent its creation in the first place, and that criminal sanctions may be the most effective way to do this.

‘Fake News Law’ needed to protect the public against the spread of fake news, experts argue

There is an urgent need to regulate fake news, and even criminalising the deliberate creation and spread of false information should not be ruled out, legal experts have warned.

University of Exeter legal experts have said restrictions on freedom of expression to reduce the spread and adverse impact of fake news are inevitable. Their research has shown such restrictions can be introduced legally, and must be introduced by the government rather than social media platforms in order to protect the public and democracy.

The recent Capitol riots in Washington DC, part of a wider trend towards political polarisation, show the real danger that fake news spread through social media can pose to democratic society.

Dr Rebecca Helm and Professor Hitoshi Nasu from the University of Exeter Law School have analysed different regulatory responses to fake news and associated misinformation  – information correction, content removal or blocking, and criminal sanctions – to see which of these methods is likely to be effective in reducing the harmful effects of misinformation and compliant with existing law.

The study describes how traditional methods of information correction and removal or blocking of fake content may not be effective in combating misinformation due to influential psychological biases. These biases, motivated cognition and confirmatory bias, mean that once a person has been exposed to misinformation which supports their existing beliefs they are likely to endorse this information and once this has happened it can be hard to convince them the information is not true.

For this reason, Dr Helm and Professor Nasu argue the best way to reduce the harmful effects of fake news is likely to be to prevent its creation in the first place, and that criminal sanctions may be the most effective way to do this. Criminal sanctions for the deliberate creation and spread of fake news may therefore be appropriate when used carefully and to protect the public.

The study says criminal sanction in this context can be justified when used for specific cases, with precision, combined with safeguards to protect freedom of expression by ensuring that the accused or convicted have the opportunity to prove the truthfulness of their information.

Dr Helm said: “The recent situation in the USA, where riots were fuelled by unproven allegations relating to election fraud, is indicative of a wider trend in modern society, where certain types of expression involving misleading information may be challenging rather than enhancing democracy

“The spread of misinformation is having a distorting impact on the democratic decision-making process as well as having serious negative effects on public health, national security, and public order.

“Effective action must be taken now to protect society and to ensure citizens can make choices in line with informed preferences rather than misleading but psychologically compelling misinformation.”

Professor Nasu said: “The growth of social media has brought manifold problems as well as benefits to modern societies. One of the biggest challenges to the government is to decide how to strike an appropriate balance between combating fake news and respecting freedom of expression’.

The study warns,although criminal sanction may be an effective way to combat fake news, this does not mean that it should be used widely due to the chilling effect it has on the socially beneficial free flow of information.

The article has been accepted for publication by Human Rights Law Review. The full article of this study can be accessed through the University of Exeter website at https://ore.exeter.ac.uk/repository/handle/10871/124088.