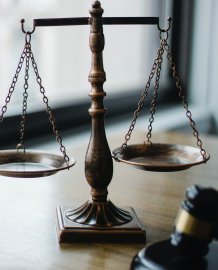 Immigration rules mean reforms to give domestic workers access to the minimum wage will be hard to enforce, study says

Reforms to remove legal exemptions to give live-in domestic workers access to the minimum wage are an important step against the devaluation of this work but will be difficult to enforce because of Britain’s immigration rules, a new study says.

People who live and work in private households have been excluded from minimum wage regulations if they live in their employer’s family home and are treated ‘as a member of the family,’ which is part of broader failings in the protection of domestic workers in labour law.

The government recently agreed to repeal the exemption, but an expert has warned domestic workers will continue to face difficulties in enforcing payment of the minimum wage if they lack permission to work. The research says this creates a “significant obstacle” if they want to bring to wage claims.

The study, by Dr Natalie Sedacca from the University of Exeter Law School and published open access in the Industrial Law Journal, says the longer hours of domestic workers and complexities in determining which hours are counted as ‘work’ leads to abusive employment relationships.

Dr Sedacca said: “The ‘family worker’ exemption and its application to domestic workers devalues domestic labour as work that is performed in the home, primarily by women, and leads to it being viewed as unskilled work or even not work at all. Although not specifically intended by Parliament, in some cases courts and tribunals have sanctioned employers’ use of the exemption to avoid the payment of minimum wage to domestic workers who are clearly not au pairs.

“It is very positive that the government finally agreed to repeal the ‘family worker exemption’ in March 2022. Yet there remains a pressing need for further reform to prevent the law reinforcing and reproducing the devaluation of domestic labour.”

The study says the lack of secure immigration status will also prevent domestic workers from bringing wage claims. The Immigration Act 2016, s34 created an imprisonable offence of ‘illegal working’ when a person works with knowledge or reasonable cause to believe that they do not have permission to work.

Dr Sedacca said: “The current position makes claims by irregular migrants highly uncertain and difficult to bring. At the same time, domestic workers are particularly vulnerable to falling into irregular status because of the unfavourable visa, which is limited to a six-month non-renewable period based on the supposedly ‘low-skilled’ nature of domestic work and the reproductive needs of employers. The impact of the migration regime is to ‘produce workers with particular types of relations to employers and to labour markets. In the case of domestic work, this means producing workers who are systematically disadvantaged in enforcing their rights.