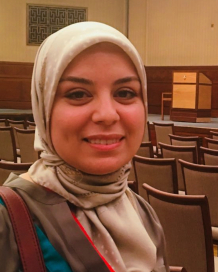 The thesis offers an original analysis of the contours of international cooperation during large-scale refugee influxes. It approaches refugee law in a novel way, placing the concept of international cooperation at its heart. The original analysis of international cooperation provided in this thesis is an endeavour to relocate the discussions on this concept in the field of refugee protection to the realm of law and legal obligations, and a prerequisite for an informed dialogue on its modalities. In addition, the thesis represents one of few academic efforts that seek to better understand the notion of temporary refuge and its relation with the 1951 Refugee Convention. These are necessary clarifications given the ongoing international efforts to formalise a mechanism of temporary protection in states not parties to the 1951 Convention.

Rama holds a Bachelor of Laws degree from Damascus University in Syria. She has an LLM degree in international law and comparative law from the University of Exeter. Currently, Rama is working on a new research project, related to her PhD project, examining the practical implementation of temporary refuge in the context of states not parties to the 1951 Convention in the Middle East.