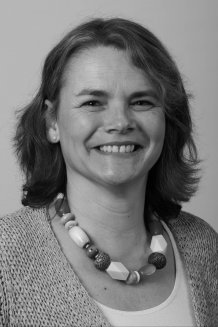 Professor Liz Trinder from the University of Exeter Law School is leading the study.

Spouses feel they have no alternative but to give inaccurate accounts of how their marriage broke down, stretching the truth to meet legal requirements, research suggests.

The half a century-old legislation for England and Wales should be scrapped in favour of a no-fault, modern system, similar to those currently operating in many other countries, experts working on the first major study of divorce law for 30 years have said. The recent Owens v Owens divorce case, where a wife was barred from being granted a divorce because her reasons were not judged sufficient, recently demonstrated the inadequacy of the law.

Researchers are interviewing 75 people going through the divorce process over the course of a year, as well as conducting focus groups and interviews with family lawyers. They are examining the court files of 300 routine or undefended divorce cases and 100 files where the divorce was contested. They have also surveyed 2,000 adults in England and Wales and 1,000 divorced adults about their attitudes to the current law on divorce and civil partnership dissolution and views on law reform.

The research is being conducted by Professor Liz Trinder from the University of Exeter Law School, Mark Sefton, Bryson Purdon Social Research and One Plus One, with support from Resolution and Wikivorce.

Initial findings show nearly half of all divorces are now based on ‘unreasonable’ behaviour, and having to make allegations to support this can create conflict between the divorcing couple, or make existing conflict much worse. The law can make it harder for couples to try to sort out their finances and parenting arrangements, and does not protect children from conflict.

To get a divorce, the petitioner must fit their circumstances into one of five legal facts available: adultery, behaviour, desertion, two years separation with consent or five years separation. In practice most couples are having cite unreasonable behaviour to gain a divorce, and stretch the truth so their reasons are lawful. Except in the very rare defended cases, the court generally has to take the petitioner’s allegations at face value, even where the respondent casts doubt upon or rejects the allegations.

Professor Trinder, who is leading the study, which is funded by the Nuffield Foundation, said: “The study really highlights the need for law reform, made more urgent after the Owens v Owens decision. We need a law that helps families look forward rather than back. The current law encourages spouses to blame each other for the breakdown, but then once they’ve done that, it expects them to work together as parents to put their children first.

“In reality, we already have divorce by consent or ‘on demand’. However, achieving that divorce without a long wait requires one party to throw mud at the other in what can be a needlessly painful and sometimes destructive legal ritual. The constraints on the court mean that undefended petitions can only be taken at face value and there is very little risk of a divorce petition being rejected on legal grounds. This is not a new problem. Just the same problems were found when the last major studies of divorce were done in the 1980s.

“The government is currently introducing a new online system for handling the divorce paperwork. This should result in a clearer and simpler process for the parties at a very stressful time in their lives. This would be a very good opportunity to also reform the substantive law so that divorce is based solely on irretrievable breakdown. That would mean a clearer, fairer and more honest.”

There are around 110,000 divorces in England and Wales each year. In 2014, 61 per cent of divorces were based on fault, with ‘behaviour’ petitions forming 48 per cent of all divorces.