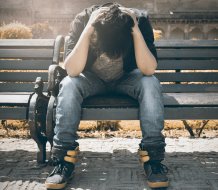 The research showed that these levels of harm were consistent across sub-postmasters who had been convicted of crimes, and those who had not.

The research by Dr Bethany Growns, Professor Richard Moorhead and Professor Rebecca Helm from the Evidence Based Justice Lab at the University of Exeter and Professor Jeff Kukucka from Towson University, has been submitted to the ongoing Post Office Horizon IT Inquiry.

In this new study, the research team surveyed 101 sub-postmasters who had been affected by the scandal. The majority (67.3 per cent) met the clinical cut-off for post-traumatic stress symptoms (67 per cent) and depressive symptoms (60.4 per cent).

Those who took part in the survey also reported high levels of posttraumatic negative cognitions – a belief people can’t be trusted or they have no future.

“These estimates of posttraumatic stress and depressive symptoms are similar – and in some cases higher – than those found in studies investigating the mental health outcomes of exonerees internationally and are far higher than estimates for depression and posttraumatic stress disorder in the UK general population and in other at-risk groups.

Professor Moorhead said: "This work underscores the significant, extensive, and ongoing suffering of those accused of wrongdoing by the Post Office, whether or not they were prosecuted, and highlight the clear need for victims of the Post Office Scandal to be provided with adequate support to address the harms they have experienced. The current saga over compensation may well be making things worse, not better”