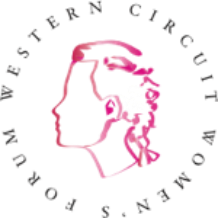 The WCWF continues to campaign for equality on the Western Circuit

Alumna Emma Cross, (LLB 2014, Masters 2015) a barrister with Devon Chambers reports on the aims challenges and activities of The Western Circuit Women’s Forum.

The Western Circuit Women’s Forum was set up in 2015 with three simple aims:

Why were they set up? Because much like the rest of the country the Western Circuit has a stark imbalance of the sexes in the senior ranks and it is a serious problem. The Bar Council Momentum Measures Report of 2015 concluded that on current patterns equality could never be achieved “The attrition is such that it would require a very long period of substantial imbalance in favour of women at Call to achieve a balance of women in practice.”

The 2018 judicial diversity statistics show the South West with the lowest female representation at 21% lagging behind other areas. Representation was highest in the South East at 39%. We have had our successes and a small improvement in the figures is evident.  In 2018 the Western Circuit gained 4 more female judges and 2 more female QC’s, including WCWF steering group member Jo Martin QC.

The WCWF has also contributed to national discussion about harassment at the Bar and in late 2018 published its report ‘Back to the Bar’ on parent barristers at the Bar and the obstacles they face. Almost two thirds of those who left the Bar on the Western Circuit over a 6 year period were women. Almost all of the men who left became judges or retired. The vast majority of the women who left did not become judges or retire, but apparently left midcareer.  The WCWF made numerous recommendations for change. The full report can be found here: https://westerncircuit.co.uk/wp-content/uploads/2018/11/WCWF-Back-to-the-Bar-Final-version.pdf

The Steering Group is made up of Her Honour Judge Cronin and women barristers of varying seniority, who practice in different practice and geographical areas, and, with the help of other women on the Western Circuit, believe that they can do something to change ‘The Figures’.

To celebrate International Women’s Day on 8th March 2019, the WCWF will be holding its first major conference: ‘Women in Law: Support, Retention and Progression’. University of Exeter alumna Carol Mashembo (Law 1998) and Emma Cross have been heavily involved in organising the conference and its linked essay competition of which Exeter students had the opportunity to take part. There will be live coverage of the event on twitter @WCWF_

The WCWF continues to campaign for equality on the Western Circuit. See their website for more information: https://westerncircuit.co.uk/womens-forum/