University of Exeter academic presents to the Sri Lankan IRC 2019

University of Exeter academic Dr James Griffin has presented his and his teams findings about 3D printing tracking and tracing to the Sri Lankan IRC 2019, held in Colombo, Sri Lanka.

Dr Griffin has been acting as an invited plenary speaker at the annual International Research Conference, held in Sri Lanka at the General Sir John Kotelawala Defence University. This is a critical annual event for the region, with military representatives from all major countries. Dr Griffin gave a plenary speech about the issues concerning 3D printing alongside tracking and tracing. This utilised findings from an AHRC project that he led in China. The presentation led to a number of questions from the audience about the future directions of 3D printing. The conference itself is attended by 500 VIPs and contained over 250 section presentations.

As part of an AHRC project that Dr Griffin and others undertook in China, the importance of digital watermarking technologies for 3DP was quickly realised. Such technology is becoming ever more important in services such as Apple i-tunes, YouTube and Spotify, to name but a few. These watermarks not only identify content, but they also provide a means to enable control and tracking of content. We developed a watermarking system that enables the use of watermarks on 3D printed objects, from the initial file creation, through to the final print and subsequent re-use (for example, in photographs). The current legal protection for such watermarks is piecemeal – essentially, there should be some copyright content in the work to which the watermark is attached. However, watermarks can be used in a medical context (e.g. a 3D printed liver) and in such circumstances, the requirement for copyright does not make much sense given the benefits that such watermarks can bring. For example, the watermark could be used to help ensure that the 3DP liver is functioning correctly. Dr Griffin argued that the law should be reformed to take into account the potential uses of watermarking and tracking technologies as applied to 3DP products, and that there should also be more awareness of some of the future issues that the technology may cause to arise, e.g. 3DP biological material implanted with computer viruses. 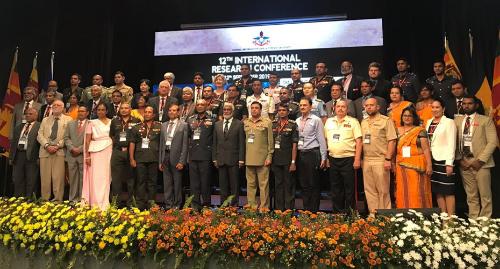