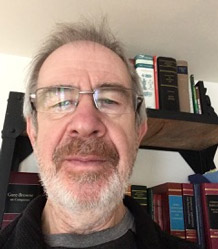 Having spent most of his early academic career at Queen Mary College, University of London, John Birds joined the Law School at the University of Sheffield in 1978 and taught there for 28 years. He was Professor of Commercial Law from 1989 to 2006 and Head of the Department of Law from 1987 to 1999 and from 2002 to 2005. He then moved to be Professor of Commercial Law at Manchester from 2006 to 2010. Since taking early retirement he has been an Emeritus Professor at Manchester and an Honorary Professor at Sheffield, as well as, more recently, an Honorary Professor at Exeter.

As well as many articles and book chapters in company law and insurance law, his publications include Birds’ Modern Insurance Law (Sweet & Maxwell, 10th edition, 2016) and, with others, Boyle & Birds’ Company Law (Jordans, 9th edition, 2014). He has been one of the editors of MacGillivray on Insurance Law since 1988, most recently of the 13th edition (Sweet & Maxwell, 2015), and since 1980 a contributor of many chapters in Gore-Browne on Companies (LexisNexis, looseleaf). He was the General Editor of Annotated Companies Legislation (Oxford University Press, 3rd edition, 2013) and one of the editors of Principles of European Insurance Contract Law (Sellier, 2016).