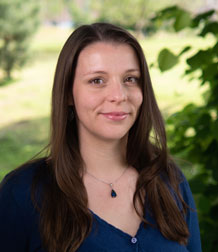 Charlie King is a Lecturer in Law (Education & Scholarship).

Charlie is the Director of the LLB Law with Professional Placement Programme and module convenor for Company Law and the three Law Placement modules (LAW1701, LAW2701 and LAW3701), alongside teaching on the Trusts module and undertaking the administrative role of Employability Lead for the Law School.

Find out about #mypathtolaw HERE.

During this time Charlie worked as a legal researcher for James Cook University and contributed to national textbooks concerning tax law, business law and partnership law.

Upon graduation from both JCU and ANU in 2009, Charlie commencing working for a large law firm in Townsville, Queensland. Charlie was thereafter promoted to the position of Associate and managed both the firm’s wills, estates and elder law practice, including capacity advocacy, alongside their commercial business practice, with a particular focus on structuring and company law.

After returning to the UK, Charlie commenced her role as a lecturer of law in 2017.