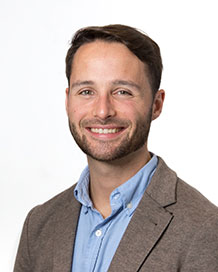 Dr Raphaël Girard is a Lecturer in Law (E&R) at the University of Exeter Law School, where he is also Director of the Graduate LLB Law programme. He teaches constitutional and administrative law and convenes a module on law, democracy and populism. Raphaël holds a PhD in comparative constitutional law from the London School of Economics and Political Science (LSE). He taught public law at the LSE Law School from 2018 to 2021, as well as privacy and data protection at Peking University (LSE-PKU Summer School) in 2018.

His PhD thesis, submitted at the LSE Law School in 2022, is entitled "Populism, Law and the Courts: Space and Time in an Age of 'Constitutional Impatience'". It was supervised by Professor Jo Eric Khushal Murkens and Associate Professor Jacco Bomhoff; and it was examined by Professor Kim Lane Scheppele (Princeton University) and Professor Martin Loughlin (LSE). For his PhD, Raphaël received full funding from the LSE Law School (LSE studentship 2017-2022) and the Fonds de recherche du Québec - Société et culture (FRQSC) (doctoral award).

Raphaël holds an LLM (with distinction) with a specialism in public international law from the LSE as well as dual degrees in civil law and common law (BCL and LLB) from McGill University, in Montréal. He also completed a semester at the University of Groningen, in the Netherlands.

He is a Fellow of the Higher Education Academy (FHEA). Raphaël is also a lawyer (barrister and solicitor), member of the Québec Bar since 2016. Prior to entering academia, he practised privacy, data protection and access to information law at a large law firm in Canada. He also acted as law clerk to the Honourable Marie-Anne Paquette (now Chief Justice) and the Honourable Sophie Picard at the Superior Court of Québec, as well as full-time research assistant to Professor René Provost at McGill University.