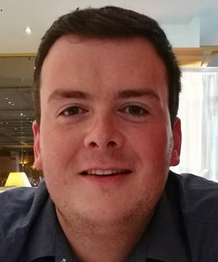 Matthew's research focusses on legal issues arising from Connected and Autonomous Vehicles (Driverless Cars) and has co-authored the first substantive text on 'The Law and Autonomous Vehicles' (January 2019). Matthew has presented his research at major industry conferences both nationally and internationally and has been cited by several newspapers including the Times and the Guardian.

Matthew won the Outstanding Supervisor Award in the College of Social Sciences and International Studies at the Exeter Student Guild Awards 2019/2020.

The Law and Autonomous Vehicles (With Lucy McCormick and Dr Kyriaki Noussia) (Informa, 2019)

'Automated and Electric Vehicles Act 2018 an evaluation in light of proactive law and regulatory disconnect' (2019) 10 (2) European Journal of Law and Technology.

(First Supervisor) Stephan Stolz, 'The laid-back relying on D&O insurance in times of digitalisation and industry 4.0'