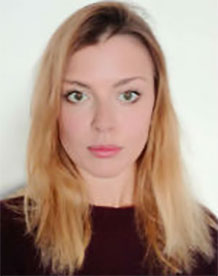 Marta is a third year PhD candidate at Queen Mary, University of London’s School of Law. Her doctoral project consists of an investigation on the ways in which political populism has expanded its reach to the criminal and immigration law domains. More specifically, the thesis looks at the contemporary phenomenon of “human smuggling”, critically examines the application of the anti-smuggling provisions to counter the rescue activities carried out by the NGOs in the Mediterranean area and examines the wider implications that the criminalisation of human mobility has for the foundations of criminal law and the Rule of Law at large. Her recent publication, “The Facilitators Package, Penal Populism and the Rule of Law: lessons from Italy” looks at the transposition of the EU anti-smuggling provision in the Italian legal framework and at the ways the expansion of populism in the criminal and immigration law and prosecutorial fields enables its over-extensive application. Marta’s interests include the criminalization of migration in Italy and Europe, the externalization of border controls and the expansion of jurisdiction, the Transnational Organized Crime framework on human trafficking and migrant smuggling and the impact of populism on the Rule of Law. Marta holds a Master of Laws (LLM) in International Criminal Law and Human rights law from the University of Kent.