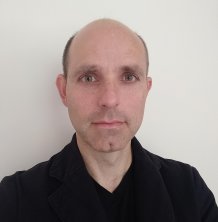 Dr Nathan Tamblyn, from the University of Exeter Law School, will join the project to review the 1996 Act

A University of Exeter law professor is joining the Law Commission to review the Arbitration Act 1996, the principal legislation governing arbitrations in England, Wales and Northern Ireland.

The review aims to ensure that the UK remains at the forefront of international dispute resolution.

Since it was enacted, the Arbitration Act 1996 has helped to make the UK – and London in particular – a leading destination for commercial arbitrations. However, with the Act now 25 years old, reform may be required to make sure that the Act is as effective as possible, particularly as other jurisdictions have enacted more recent reforms to their own respective arbitration legislation.

Dr Nathan Tamblyn from the University of Exeter Law School, will join the project to review the 1996 Act, and, if necessary, make recommendations to Government for reform. The overarching aim will be to maintain the attractiveness of England and Wales as a “destination” for dispute resolution and the pre-eminence of English Law as a choice of law.

Dr Tamblyn said: “I’m very pleased to be working with the Law Commission team on this project. It will also be very interesting having discussions with stakeholders from around the world. And it is particularly exciting working on a project which feeds directly into law reform. The area of review has a personal connection for me - I am a Fellow of the Chartered Institute of Arbitrators.”

Professor Sarah Green, Commercial and Common Law Commissioner said: “The quality of the Arbitration Act 1996 has helped London become a leading seat for international arbitrations, however, there are some aspects of the Act which could be improved in light of modern arbitration practices.

“The Law Commission’s work will enhance the experience for those who choose to arbitrate in England and Wales and maintain English law as the gold standard in international arbitrations.”

The scope of the Law Commission’s review will be determined in the coming months. However, as part of its 14th Programme of Law Reform, the Law Commission received a number of submissions on areas of the 1996 Act that could be included. These possible areas include, but are not limited to, issues relating to:

The Law Commission also intends during the course of the 14th Programme to consider the scope for introducing trust law arbitration, alongside wider work on modernising trust law.

The Law Commission will launch the review during the first quarter of 2022 and aims to publish a consultation paper in late 2022.