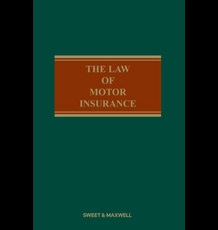 The award was for their publication “The Law of Motor Insurance” published Sweet & Maxwell.

Alison Green, Chair of the BILA Charitable Trust presented the award at the British Insurance Law Association's AGM held on 14 October, 2016, in the Old Library at Lloyd's.

The £1000 prize is awarded annually to the author (or joint authors) of a published work constituting in the opinion of the Trustees the most notable contribution to literature in the field of law as it affects insurance.