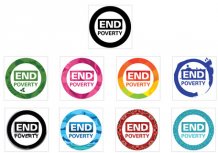 Dr Radek Stech, founder of the Sustainable Finance, the Law and Stakeholders (SFLS) project, was invited to a World Bank and civil society session on future implementation of the World Bank Environmental and Social Framework (ESF). The session took place on 7th October in Washington, DC and Radek participated, in a neutral academic capacity, in pursuit of his long-term research on how civil society engages with various complex finance dynamics.

The SFLS is an independent project which was conceived during the World Bank Group and International Monetary Fund Spring Meetings in Washington, DC in April 2015 and formally started during the Annual Meetings in Lima, Peru in October 2015. Since then, Radek has participated –  in an academic capacity –  in a great number of global sessions, which brought together the civil society, officials and investors relating to project finance, bond finance and responsible finance. Radek’s research was conducted in the US, Peru, the UK, Germany and France (during the Paris Climate Change Conference). Further to these meetings, Radek spoke with other stakeholders from Africa, Asia and South America face-to-face and via telephone interviews. The project’s preliminary findings were delivered during a high profile Law and Society Annual Meeting in New Orleans, US (June 2016) and during Radek’s Visiting Scholar post at George Washington University Law School, Washington, DC (June-August 2016). These early observations identified some interesting best practice engagement sessions organised by the World Bank/civil society (eg. on the ESF), the civil society with the IMF participation (e.g. on a Ghana-IMF program under the extended credit facility), the NGOs (eg. ShareAction’s multi-stakeholder conference) and investors, underwriters, banks and bond issuers (e.g. over Green Bond Principles and sustainable banking initiatives).

Radek is now working on the final conceptual paper following this long-term research. He is also continuing his work in the broader field of SFLS alongside his partners.