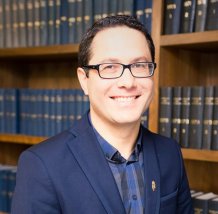 The collaborative nature of what Hasan proposed was particularly praised by the judging panel.

Hasan commented on his achievement "I applied for this award in order to raise funding to organise events for our brainchild, the New IP Lawyers Network. This Network was founded under the auspices of the School of Law and its research centre called the SCuLE (Science Culture and the Law).  This network is the first attempt to create a hub for new generation lawyers, as well as non-lawyers, who share different interests spanning IP, culture, science, creativity and the law. We would like to help new generation researchers and practitioners interested in IP form a network for young creative brains.

I say ‘our’ because my fellow PhD colleague, Mathilde Pavis, and I dreamed it up one cloudy Exeter afternoon last autumn. While setting up the Network, we envisioned a society around which academic and non-academic faces could get together as the members of a big family to participate in the arena of clashing ideas and spark something new. Being granted a researcher-led initiative award for our newly-born project shows that we are on the right path. This award also demonstrates that the University of Exeter is supportive of this kind of academic initiative. I would like to express my sincere gratitude to the judges who were in charge of granting the award, and the members of the School of Law, who supported and allowed us to establish the Network. Amongst them, I would particularly like to give thanks to my supervisor Charlotte Waelde, Professor of Intellectual Property Law, for her endless encouragement and support in all our academic endeavours."