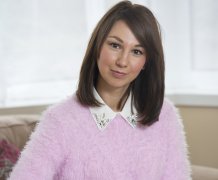 Sophie Webb, a 3rd year student on the LLB with International Study programme, had her letter published in the Daily Mail recently.

The letter, titled 'Lawyers protest is a fight for justice, not fees', was published on 9th January, and was written in response to the article '1000 lawyers paid at least £100k from the public purse...as they threaten strike over legal aid cuts.' which can be seen on the Daily Mail website.

Sophie commented 'Having written the letter as an off-the-cuff response to an article, I was astonished that the Mail decided to publish it. I was positively overwhelmed by the response I had from the Bar.  The Criminal Bar Association 'tweeted' the letter, and Sarah Forshaw QC - the current leader of the South Eastern Circuit - told me that "there was a resounding cheer from the Bar today when we saw the letter"'.