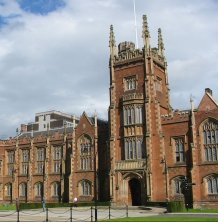 The conference took place at Queen’s University, Belfast and ran from 6th–9th September 2015. Academics, practitioners, policy makers and researchers from across Europe and further afield came together to share the latest research findings and practice developments in relation to domestic violence and abuse.

Dr Bishop presented in the Domestic Homicide stream, arguing that a new legal defence is needed in England and Wales for victims of domestic violence who kill their abusers. In her paper, Dr Bishop drew on socio-legal and social sciences research emphasising the importance of understanding domestic violence as a programme of coercive control which operates to undermine victims’ autonomy and liberty. Despite increased recognition of this in other areas of law and policy, the legal defences available for those who kill their abusers are still not able to adequately take into account the programmatic nature of the abuse, and domestic violence continues to be viewed as isolated incidents of predominantly physical violence. This carries the assumption that victims have sufficient volitional space between violent incidents to exit the relationship, should they choose to do so, and thus when women who kill their abusers come before the courts it is frequently contended that they could simply have left the relationship, rather than killing their abusive partner. Dr Bishop concluded that it is time to consider a new defence for women who kill their abusers based on recognition of the impact of ongoing abuse, the dynamics of coercive control which may prevent a victim from safely leaving an abusive relationship, and the serious nature of the psychological harm caused by the abuse. Dr Bishop further suggested that reform of the law in this area could also work to improve legal recognition of coercive control more generally.