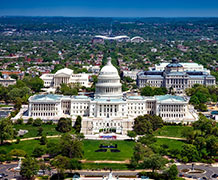 The lecture will showcase the latest developments in Exeter’s world-leading research.

The latest research on cybersecurity, an issue high on the agenda for both sides in the current US Presidential election campaign, will be shared by a leading expert from the University of Exeter at a special event in Washington DC, USA.

In ‘Cyberwarfare: What is the role of international law?’ Exeter Professor Michael Schmitt, one of the leading international experts in the law of armed conflict, will present his research into the implications of cyberwarfare, drawing on the ‘Tallinn Manual Project’ - the six-year NATO Cooperative Cyber Defence Centre study he has led on the applicability of international law to cyberspace.

Ahead of the publication of the Tallinn Manual 2.0 in January 2017, and launches in multiple locations, including Washington, The Hague, and Beijing, Professor Schmitt will present some of the project’s key findings. Undertaken by 20 international law experts from Australia, Belarus, China, Estonia, Germany, Israel, Japan, Netherlands, Thailand, United Kingdom, and the United States, The Tallinn Manual 2.0 has attracted global attention as the first comprehensive assessment of the international law governing cyber activities during both peacetime and war.

The high-profile event on 18 October at the British Embassy in Washington DC is the latest in a series of worldwide lectures organised by the University of Exeter, called Global Conversations, which showcase some of the latest developments in world-leading research.

Speaking ahead of the event, Professor Schmitt said, “Cyberattacks pose an ever increasing threat in the 21st Century, creating the potential for new forms of economic and military conflict between countries. Whereas international law has provided a consensus on the principles of sovereignty, human rights and armed conflict, it is not clear how these basic premises operate in cyberspace. One of the most fundamental questions asked by international policy makers today is should international law govern activities and behaviours in cyberspace, and if so, how?”

Professor Schmitt will be joined by Tom Wingfield, Professor of Cyber Law at the National Defence University, to debate the implications of this research and to answer audience questions during a Q&A session.

Professor Wingfield said “The Tallinn Manual – and soon its successor, Tallinn 2.0 – have become the centre of gravity for discussions of law of war and cyberspace. In the near future, the emergence of lethal artificial intelligence will require that we “teach” our high-speed cyber agents to act as autonomously as possible, able to fight and win at cyber speed within the limits of the law of war.”

First introduced in March 2015 in Hong Kong, the Global Conversation series explores how the University of Exeter, working in collaboration with its partners across the world, is having an impact on many of the shared global challenges we face. Events in the series focus on common issues and problems, from tackling dementia to climate change to water security, and encourage conversation between experts in their fields, guests and a wider public audience.

Vice-Chancellor and Chief Executive of the University of Exeter, Professor Sir Steve Smith, said: “This latest Global Conversation on the laws governing conflict and cyberspace is extremely topical – this is a subject which affects governments, companies and individuals. By stimulating conversation between our faculty and other leading experts in their fields, we can make a positive contribution to our collective understanding of issues of international importance.”