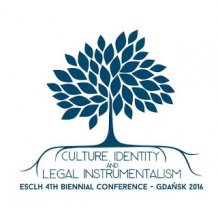 On 29 June Stephen Skinner, together with Dr Cosmin Cercel of the University of Nottingham, jointly convened a panel on ‘Law, Totalitarianism and the Modern World’ at the European Society for Comparative Legal History conference in Gdansk.

Drawing on comparative legal history and legal theory, the panel explored the relationships between law as a normative order and the ideological frameworks of totalitarian and authoritarian regimes, law’s role in political projects of total domination and in structuring claims to legitimacy, and the place of legality in modernity. The panel included papers by Professor David Fraser (University of Nottingham) and Dr Simon Lavis (Open University) on Nazi law and ideology, and by Dr Cercel on law and the dual state in Romania under Marshal Antonescu. Dr Skinner’s paper explored shifts in military organization and the nature of warfare in the modern world, and their relationship with the law on protecting military discipline and state security in Fascist Italy and interwar Britain.