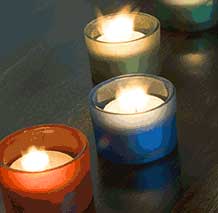 The HRDF five years on

Founded in 2017, in the aftermath of Brexit and as the challenges to democracy and human rights were increasing in Central Europe, the Human Rights and Democracy Forum (HRDF)  celebrates its fifth year of activity. It has offered a home to exciting interdisciplinary research at the University of Exeter and fostered the development of new projects, promoting theoretical and philosophical approaches as well as empirical and socio-legal investigation.

Over the past five years we have worked on a range of issues at the core of democracy and human rights and completed projects on a range of topics, such as the prevention of torture across Europe, the use of lethal force in domestic policing and security operations under the European Convention on Human Rights, the enhancement of state accountability and loss of life in law enforcement, the promotion of a better understanding and use of the concept of human dignity in relation to human rights and democracy, the rise of authoritarian regimes and the development of populism in Europe and elsewhere. This reflection and work on current challenges to democracy and human rights has been complemented and set in a longer-term perspective by historical projects on state power and the rule of law in democratic and non-democratic regimes during the twentieth century. We have also followed closely constitutional transformations and their impact on democracy and human rights in the UK, Hungary and Iceland. We have been particularly pleased to nurture a new generation of scholars and see the work our of postgraduate research students flourish in areas including legal gender recognition in the UK, the rights of LGBTQI+ asylum seekers, prisoners’ rights under the European Convention on Human Rights, and human rights in Oman and Qatar. Our research has been funded by the ESRC, the Open Society Foundation, and the Welcome Trust.

Our original concerns for and commitments to human rights and democracy have increased in response to political and legal developments in the UK, Europe and around the world. As human rights have never been so essential to democracy and as attacks on democracy are reaching a global scale, we are continuing to follow and study these developments from a range of disciplinary and methodological perspectives. We look forward to continuing to share our ideas with our students and colleagues at Exeter and around the world.