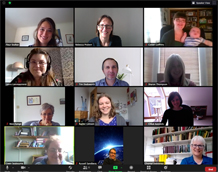 The second summer meeting of the Bracton Centre for Legal History Research was held via Zoom on Friday 3 July. Members of the Centre (Tim Dodsworth, Rachel Gimson, Rebecca Probert, Chantal Stebbings and Mary Synge) were this year joined by members of the wider GW4 network (Gwen Seabourne from Bristol, and Russell Sandberg and Sharon Thompson from Cardiff). The Centre was also delighted to welcome back a number of speakers from last year’s symposium (Cerian Griffiths (Northumbria), Laura Lammasniemi (Warwick), Chloe Kennedy (Edinburgh), and Fleur Stolker (Oxford)).

The meeting offered an opportunity for those attending to provide an update on how their projects had progressed since last year. A number of the papers presented last year have since been published, including Laura Lammasniemi’s paper on the age of consent (‘“Precocious Girls”” Age of Consent, Class and Family in Late Nineteenth-Century England’ (2020) 38(1) Law and History Review 241), Cerian Griffiths’ paper on fraud (‘The honest cheat: a timely history of cheating and fraud following Ivey v Genting Casinos (UK) Ltd t/a Crockfords [2017] UKSC 67’ (2020) 40(2) Legal Studies 252), and Rachel Gimson’s paper on changing concepts of the defendant (‘The mutable defendant: from penitent to rights-bearing and beyond’ (2020) 40(1) Legal Studies 113).

It also provided an opportunity for attendees to share details of their current projects. Some were in the process of completing particular projects. Fleur Stolker was finishing her DPhil – having managed to complete her archival research just before lockdown. She has found that debt settlements of insolvent debtors and the discharge of debt were already part of practice in the Chancery since 1551, which is considerably earlier than the literature sets out. Sharon Thompson had also completed the archival stage of her research on the Married Women’s Association and was planning to spend her research leave writing the book. Gwen Seabourne was finishing her book on medieval women, and gave some grisly examples of the law’s barbaric treatment of women in earlier centuries. Russell Sandberg was writing a book on the importance of legal history, and how it can subvert understandings and expectations of the law.

Others had obtained funding to work develop their research. Laura Lammasniemi reported on her new Leverhulme project, which is examining a broad range issues around consent, focusing on the late nineteenth and early twentieth centuries. Chloe Kennedy discussed her AHRC award, which is enabling her to carry out a detailed study of deception offences in Scotland.

Others, meanwhile, were at the stage of planning new research projects or articles. Chantal Stebbings also announced plans for a new book, alongside her work on the evolution of tax administration. Cerian Griffiths was planning an article on the discussion of fraud offences during the time of the revision of the criminal law in 1827. Rachel Gimson outlined her plans for a new paper examining thief-catchers and thief-takers, and Rebecca Probert shared her plans for a new book on the Marriage Act 1836.

As before, the discussion revealed interesting synergies between individuals’ different research projects, and generated enough suggestions for additional reading to keep everyone busy until the archives open again! 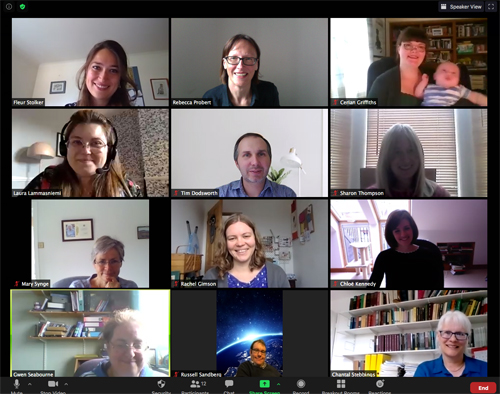