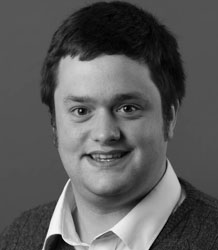 Richard is the Module Convenor for Land Law. Richard has previously convened modules in UK public law, jurisprudence, and law & literature. His teaching excellence has been recognised in the 2017 Student Guild/FXU Teaching Awards (Best Undergraduate Supervisor). He holds a Senior Fellowship of the HEA.

Richard joined the Law School at Exeter in August 2012, having held previous positions at Queen Mary and Birkbeck. His research interests take place at the intersections of law, literature and psychoanalysis, with a particular focus on the themes of nation, nationalism and sovereignty. In his doctoral thesis Richard looked at how law can be created in an act of artifice, examining the role of mythology and music in the maintenance of sovereign power. His research has taken him to the writings of James Joyce, to early twentieth century Irish political history, and to the psychological writings of Sigmund Freud and Jacques Lacan.

Richard has considerable experience in teaching and supervising students in literature, psychoanalytic theory, jurisprudence and philosophy – as well as law. In respect of his interests in law as practised in the law courts, Richard keeps up to date with developments in UK administrative law, migration law, and housing law. He is particularly interested in how these areas of law impact upon or produce the conditions of poverty.

Before embarking on an academic career, Richard worked in drug and alcohol counselling and welfare rights.

Richard contributes to the SCuLE research group at Exeter, and has developed numerous relationships with researchers and scholars in Europe, Africa and North America. He regularly engages with contemporary issues in migration law and he supports the workings of regular and ad hoc research groups, conferences and other collaborations.