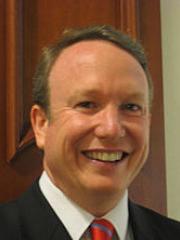 Professor John Devereux from the University of Queensland has joined the University of Exeter Law School as a visiting professor until April 2017. He is liaising with the Science, Culture and the Law research group, and giving a staff research seminar.

Professor Devereux has a special interest in medical law, most notably in the areas of competency to consent to medical treatment and in epilepsy and the law. He has published widely in the field of tort and medical law. His work has been cited by the High Court of Australia and by Law Reform Commissions.

Professor Devereux, a Rhodes Scholar, was awarded his DPhil in Law from the University of Oxford. He has worked as a lawyer in a variety of contexts including as a Barrister, as a consultant to a multi-national law firm, a Law Reform Commissioner for Queensland, a legal member of the Social Security Appeals Tribunal and the legal member of the Health Quality and Complaints Commission. Professor Devereux currently serves as a Member of the Administrative Appeals Tribunal. He is a former Defence Force Magistrate, and has served with the Australian Defence Force in the Australian Army (infantry) and in the Air Force (legal category), seeing active service in Iraq and Afghanistan. Professor Devereux was awarded a Bronze Star by the United States of America.

Following his time at Exeter, Professor Devereux will spend a further period of research leave in the USA later in 2017.