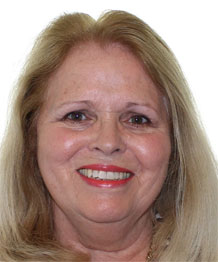 Having initially gained a joint honours degree in French/German from Swansea University, Ann worked as a freelance translator for several years was also involved in the field of banking/finance and company administration. Subsequently, she successfully studied for the CPE (1993) and the LPC (1995) at Nottingham Law School and gained commendations for both. Since then, Ann has been involved in teaching Law, predominantly in the FE sector, and continues to work closely with a major Examination Board, currently as Principal Examiner for Law. She is therefore well attuned to the needs and concerns which students experience, in particular during the early stages of their undergraduate programme. Ann joins the Exeter Law School as a visiting lecturer in September 2019 and will lead on the Law Lab sessions.

Outstanding defence Barrister and Judge. Rose paved the way to equality within law being: the first woman to win a scholarship to Gray’s Inn, first woman appointed silk, first to sit at the Old Bailey and the first woman Gray’s Inn treasurer.
As Heilbronn practiced in the post-war period, a notably challenging time for gender equality, critics believed her success was solely down to the lack of male legal professionals within the sector during war time. Yet post war, Helibronn proved her professional excellence, becoming a decorated legal professional of the highest standard and highest paid; to shatter the glass ceiling.