Rationalisation and the Adversarial Tradition: Transformation of the Criminal Trial in England and Wales 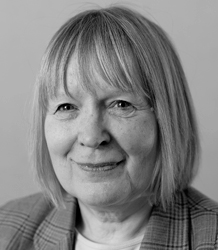 General Editor of the International Journal of Evidence and Proof (Sage), between 2009 and 2015,

In 2009-10 (with Dr Fae Garland) she carried out a British Academy-funded empirical study, Rationalisation and the Adversarial Tradition: Transformation of the Criminal Trial in England and Wales, Papers from the workshop element of the project are published, (2010) 14.2 International Journal of Evidence and Proof.

Her research on the efficacy of judicial case management (Publications, 2011) has been endorsed by the Law Society Criminal Law Committee. Her keynote address to their 2012 Conference has subsequently been used as a commercial continuing professional development resource for solicitors.

She has published widely on various aspects of Criminal Law and the Law of Evidence, taking particular interest in the effect of the adversarial trial upon the law of evidence, and on vulnerable witnesses. Her interest in the function and efficacy of the criminal trial has led to involvement in some campaigning television programmes. In 1995 she played a major role in The Big Picture `Criminal Injustice’ BBC2, and in 1996 Verdict: `The Persuaders’ BBC2. More recently she took part in BBC Radio 4's `Unreliable Evidence' with Clive Anderson. In 2009 she was the EU invited speaker on ‘The Evidence of Vulnerable Victims and their Standing in Criminal Proceedings’ at the Czech Ministry of Justice, Prague.

She retired from Exeter Law School in 2017

Jenny has supervised PhD theses on the privilege against self-incrimination in commercial litigation; on drugs laws in Malaysia; and in subjective and objective standards for mens rea in English criminal law.

Jenny went to Tottenham High School in North London, then read Law at Exeter University. In those days the School of Law was located in Gandy Street in the building now housing South West Arts. She took the Oxford BCL in 1975.

Her first job was as a law lecturer at Manchester University, where she remained until 1987, when she moved to  Keele, and subsequently became a Professor of Law there. She joined the Exeter Law School in 1999 as Professor of Criminal Law.