Clearing the Fog of Law: The Impact of International Human Rights Law on the British Armed Forces

The Legal Status of Visiting Armed Forces Under International Law 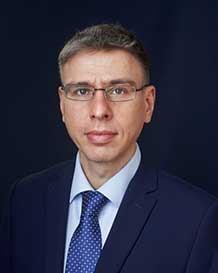 Dr Aurel Sari is an Associate Professor of Public International Law at the University of Exeter and a Fellow of Supreme Headquarters Allied Powers Europe.

Dr Sari is an expert in international law. His scholarship focuses primarily on international conflict and security law and the law relating to military operations. He has published widely in leading academic journals on the law of armed conflict, status of forces agreements, peace support operations, international human rights law and the legal framework of European security and defence policy. His work has been funded by the British Academy and the Economic and Social Research Council. Dr Sari is one of the principal experts on the legal aspects of hybrid warfare. He has spoken and written extensively on the subject, including at the invitation of the Council of Europe, NATO, the European Centre of Excellence for Countering Hybrid Threats, US EUCOM and US AFRICOM. He has undertaken research and consultancy projects on behalf of the UK Ministry of Defence and the NATO Strategic Communications Centre of Excellence.

In addition to teaching law at the University of Exeter, Dr Sari lectures regularly on international law and military operations in the UK and abroad. He has contributed to training courses at NATO School Oberammergau, the Institute of International Humanitarian Law at San Remo, the European Security and Defence College and the Austrian Ministry of Defence. He has also taught on the Advanced Command and Staff Course at the UK Defence Academy and served as the convenor of a law of armed conflict course for the UK Ministry of Defence.

Dr Sari maintains close working relationships with legal practitioners in the armed forces and has participated in a number of multinational exercises as an augmentee. He is a regular contributor to leading academic blogs in Europe and the United States. Dr Sari studied law and politics at the University of Durham (BA, First Class), the London School of Economics (LLM, Distinction) and University College London (PhD).