A Lethal Force Monitor: Next Steps

Toward a Lethal Force Monitor: Enhancing State Accountability for Loss of Life in Law Enforcement

The Fascist Roots of the Italian Penal Code: Fascist Law and Contemporary Commentary in Comparative Perspective 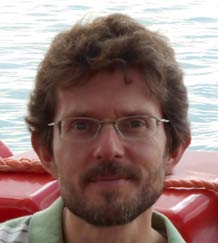 I am a Professor of Comparative Legal History and Legal Theory, and a founding member of Exeter Law School's Human Rights and Democracy Forum, which I convened from 2017-21.

My research is on the 'dark side' of law and democracy and covers two main areas:

1. Comparative legal history, focusing on the contextual background, substance and theory of criminal law under Fascism in Italy and liberal democracy in Great Britain during the 1920s-1940s. My work explores the similarities and differences between criminal law provisions in those two systems and the implications of connections between them for the rule of law, authoritarianism and authoritarian law, and the idea of Europe's common legal heritage.

2. The State's use of lethal and life-threatening force in the context of domestic policing and law enforcement. My work focuses on how such uses of force are regulated in terms of the right to life under Article 2 of the European Convention on Human Rights, and the relationship between that body of law and the concept of democratic society.

I am a member of the international advisory committee of the University of Macerata's Quaderno di storia del penale e della giustizia. I am also a member of the European Society for Comparative Legal History, an associate member of the American Historical Association and an affiliated member of Exeter Politics Department's Centre for Political Thought.

My research engages with historical, theoretical and substantive questions about state power, the rule of law and the nature of fascism, authoritarianism and democracy. My current work is focused on exploring these issues through a comparative historical study of criminal law under fascism and democracy during the early twentieth century. I also work on the use of lethal force in domestic policing and law enforcement operations, the right to life, and the nature of democratic society under the European Convention on Human Rights (ECHR).

This branch of my research involves exploring the ideological roots, substantive development and political representation of criminal law under Italian Fascism in comparative perspective. So far I have worked on the genesis and reform history of the 1930 Italian Penal Code (the Rocco Code), its reception in contemporaneous academic commentary in Europe and the USA, and analyses of specific offences and defences in the Code as compared with equivalent provisions in the law of England and Wales during the interwar period, in order to examine what differentiates or connects criminal law across divergent political systems. This project ranges across questions of criminal law, political and legal theory, history and historiography.

I have published various articles on this research (see my publications list) and have edited two collections of essays on criminal law under Italian Fascism, National Socialism and other authoritarian regimes.

The second collection, Ideology and Criminal Law: Fascist, National Socialist and Authoritarian Regimes (Hart, 2019) explores the ‘anti-democratic’ and other ideological dimensions at the heart of these politico-legal orders’ conceptualization and formulation of criminal law, as well as critical and comparative perspectives on the role of criminal justice in political repression. Based on a workshop that I convened at the Institute of Advanced Legal Studies in London in September 2015, this collection includes essays on Italian Fascism, National Socialism in Germany and occupied Norway, Franco's regime in Spain, and the authoritarian regimes in Brazil, South Africa, Romania and Japan.

2. Lethal force, the ECHR and democracy

This aspect of my research focuses on the use of lethal force in domestic policing and law enforcement operations in European states, how the use of such force is evaluated under Article 2 (the right to life) of the ECHR, and the connections among lethal force, human rights law and European democracy, which are central to judgments of the European Court of Human Rights in this area. This research involves substantive analysis of the development of ECHR law on lethal force under Article 2, critical and theoretical reflection on Article 2 law and its fundamental values, as well as engagement with the contextual and socio-political significance of the state’s resort to lethal force.

I have published a number of articles on this research (see my publications list) and a monograph, Lethal Force, the Right to Life and the ECHR: Narratives of Death and Democracy (Hart, 2019).

I regularly present my research at international conferences, including recently the American Historical Association annual conference in New York, January 2020; European Society for Comparative Legal History biennial conference in Paris, June 2018; a conference on 'Criminal Responsibility and Social Dangerousness' in Teramo, Italy in May 2016; the 6th Annual Conference of the German-Southeast Asian Centre of Excellence for Public Policy and Good Governance, on 'Law and Ideology', held in Bangkok in October 2015; an international symposium on 'Totalitarianism, Law and the Idea of Europe', Helsinki, May 2014; and a workshop on 'Justice, Politics and Repression under Fascism', Jesi, Italy, September 2013. Other previous presentations include the ESCLH conferences in Gdansk, June 2016; Macerata, July 2014, Amsterdam, July 2012 and Valencia, July 2010.

I would be pleased to hear from prospective postgraduates thinking of undertaking research relating to my main areas of interest, namely comparative, historical and theoretical aspects of criminal law under democratic and fascist systems; political crime and criminalisation; and the state's use of lethal force in relation to European human rights law. I would also be interested in considering projects relating more generally to comparative or domestic criminal law, other historical or theoretical aspects of state systems, intersections of law and violence, or legal narratives. Proposed research in these areas could involve doctrinal, comparative, historical, theoretical or interdisciplinary methods.

I am currently supervising doctoral research on human rights law and theory with regard to prisoners' rights, and on systems of legal gender recognition and legal theory.

I have examined doctoral work on a critical and historical reading of law and politics under Romanian communism (Paris, La Sorbonne), domestic violence (Exeter), theories of mens rea in the criminal law of England and Wales (Exeter), police use of 'less lethal' weapons technology (Sociology, Exeter), and on English and Welsh legal history (Aberystwyth).

My research on police uses of lethal and potentially lethal force in relation to the European Convention on Human Rights includes public engagement and impact-oriented activities.

In 2019-21 I collaborated in an international project entitled 'Toward a Lethal Force Monitor: Enhancing State Accountability for Loss of Life in Law Enforcement', which was funded by the Open Society Foundations with additional support from the Oak Foundation. The project was co-ordinated by Brian Rappert (Sociology) and also involved Abi Dymond (Criminology) as well as partners from Belgium, France and the Netherlands. The project focused on current processes for recording and disseminating data about deaths resulting from or related to police uses of force. The project produced a report, Police Lethal Force and Accountability: Monitoring Deaths in Western Europe. The project was expanded to include work on monitoring processes in Kenya and South Africa, and on how future international co-operation in this field might be developed. This led to a second report, Toward a Lethal Force Monitor. Further information and both reports are available on the project website.

On 25th March 2015 I convened a workshop at Doughty Street Chambers, London on 'Lethal Force, Policing and the ECHR: McCann and Others v UK at Twenty' involving participants from legal practice, the police and other organisations working in this field. The programme and a summary of proceedings are available here. Following on from that workshop I co-ordinated a visit by a group of academics to the Metropolitan Police Service firearms training centre in August 2015.