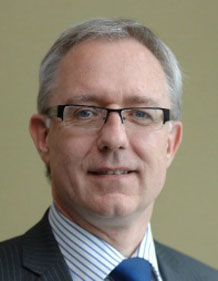 Julian Webb is Professor of Law at the University of Melbourne in Australia. Julian joined Melbourne Law School in 2014 having previously held chairs at the Universities of Warwick and Westminster in the UK. From 2006-2011 he was also Director of the Higher Education Academy’s UK Centre for Legal Education, based at Warwick. He holds LLM and LLD degrees from the University of Warwick and is both a Fellow of the Royal Society of Arts (FRSA) and an Academic Bencher of the Honourable Society of the Inner Temple.

Julian has an international reputation for research and innovation in legal education and has published extensively on the subjects of legal education, the legal profession and its ethics, and law and social theory. His work has appeared in leading UK and international journals, such as the Journal of Law & Society, Legal Ethics, the Osgoode Hall Law Journal and Stanford Law and Policy Review. Julian is also an experienced empirical researcher and, between 2011 and 2013, led the research phase of the Legal Education and Training Review (LETR) which made a number of evidence-based recommendations for the reform of legal education in England and Wales.

From 1998 to 2008, he was a founding editor of the international journal Legal Ethics. He is currently a member of the advisory boards for four academic journals: the International Journal of the Legal Profession, Commonwealth Law and Legal Education, Revista Educación y Derecho, and Legal Ethics. He also edits, with Professor John Paterson (University of Aberdeen), the "Law, Science and Society" book series published by Routledge.